from The Babylon Bee 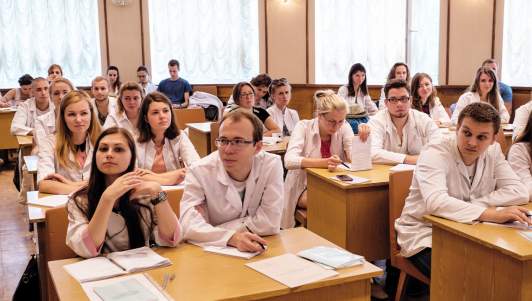 WASHINGTON, D.C.—Members of The Association of American Medical Colleges (AAMC) voted this week to make major changes to the Hippocratic Oath for the first time since the 1960’s. Specifically, the Oath for new doctors is being adjusted to exclude both the unborn and the unvaccinated.

“The changes we’re making to the Oath are long overdue,” said Dr. Sarah Butcher, a member of the AAMC ruling council. “The concept that physicians should attempt to do no harm to the unborn or the unvaccinated has no place in modern society.”

Butcher said the famous first line of the Oath will be updated to read, “I promise to do no harm unless it's killing a little unborn baby who's really not a person yet. Also, since anyone who refused the vaccine is basically asking to die of COVID, I will let them suffer and die a horrifying death to set an example for others.”

Several other changes are also being made to the Oath, including the following new sections: